To get quality care, you need to be the right kind of patient I am a family physician. Sometimes I must step out of the comfort of my clinical role and into that of patient or family caregiver. Generally, these trips to the other side of the exam table inspire a fair amount of anxiety.

During visits to the doctor, I find myself noticing many details and comparing the quality of care to that in my own practice. My most recent such experience came via a family member, Humphrey.

A lump in the skin of Humphrey’s lower abdomen had been detected. It was smooth, firm, mobile and ovoid. There was no history of trauma, and it wasn’t bleeding or painful, but over time, it grew.

When it reached more than a half-inch in size, Humphrey’s primary-care doctor removed it. To everyone’s surprise, the growth turned out to be a rare form of cancer.

Humphrey was referred to the nearest specialty hospital, two hours’ drive from home. I was to accompany him.

Before Humphrey’s first trip to the hospital for an appointment with the oncologist, we received detailed instructions on what to expect and what preparations to make; when we arrived, we found that parking for patients was free and convenient.

The oncologist carefully reviewed Humphrey’s history and preventive health measures. She had discussed his pathology findings with several other oncologists and had studied the literature on this rare form of cancer.

She ordered some tests for Humphrey, and he went to have them. The hospital staff gave me a list of nearby attractions and restaurants so I could explore the area in the meantime.

Later that day, Humphrey and I met again with the oncologist for a follow-up visit. She told us that she’d already contacted Humphrey’s primary-care doctor to discuss her recommendations and would send her a detailed consult note and copies of the relevant research literature.

I drove Humphrey back home, feeling pleased at how easily things had gone.

A week later, having reviewed Humphrey’s pathology slides again, the oncologist contacted us to go over the different treatment options — their risks and benefits, pros and cons. To save us travel time, she did this by phone.

She recommended a wider re-excision of the original cancer site, and we agreed that this made sense, so she arranged for Humphrey to be seen by the hospital’s surgical team. To minimize travel time, the visit was scheduled for the day before the surgery.

Members of the surgical team indicated that they’d spoken to Humphrey’s primary-care doctor and oncologist and reviewed the treatment options, the pathology slides and the recommended treatment plans. One of the surgeons again reviewed Humphrey’s full chart, including preventive measures, then examined Humphrey carefully and admitted him to the hospital overnight.

The surgery took place the following morning. Before and after, I received regular phone updates on Humphrey’s progress.

When I arrived to take him home, the receptionist said, “You’ve driven a long way to get here. If you’d like a cup of coffee while the resident prepares the discharge instructions, there’s a pot in the waiting room.”

After only a few minutes’ wait, Humphrey and I departed, equipped with complete discharge instructions and follow-up procedures.

Our final contact with the hospital came five days later, when the oncologist called to tell us that the pathology findings on Humphrey’s excision were negative. He’s considered cured.

What and where is this excellent hospital, which features such smooth communication between specialists, primary-care doctors and patients?

It is the Cornell University Hospital for Animals, in Ithaca, N.Y. Humphrey is my 3-year-old black-and-white cat.

I adopted him from the Humane Society six months before he got sick, on the heels of losing two elderly cats to very prolonged illnesses. Humphrey is gregarious and affectionate, and I’d looked forward to several years of worry-free feline companionship, so I found his cancer diagnosis extremely frightening.

As a physician, I was extremely impressed with his care; as Humphrey’s family caregiver, I was tremendously relieved and grateful.

I found it deeply reassuring that the hospital scheduled consultations so that we could have closure with each one. There were no long delays in the diagnosis and treatment process; only a short time elapsed between the health-care providers’ recommending and getting approval from me for Humphrey’s tests, administering the tests and responding to the results.

I’d let Humphrey’s pet insurance lapse the month before his lump was discovered, figuring that he was young and healthy, so insurance wouldn’t be cost-effective. While his total treatment costs were significant, they were a tiny fraction of what the equivalent would have cost in a human hospital.

By scheduling Humphrey’s exam and follow-up visit for the same day, by clearly communicating a follow-up plan for his primary veterinarian and by giving a phone consultation, Humphrey’s caregivers acted in the spirit of a patient-centered medical home.

For this, I will be forever grateful. But my gratitude is tinged with sadness, because very often the efficient, patient-centered care Humphrey received is not available to human patients who face similar illnesses.

Most people’s medical insurance will not reimburse medical providers for two visits on a single day; nor can you obtain ultrasounds or CT scans on the same day as a consultation. Delay is often the norm, not the exception.

Recently, for instance, a patient of mine who has lung cancer waited nine agonizing days before her insurer approved her CT scan; her work-up spanned three weeks and five separate appointments at the tertiary-care center.

My experience with Humphrey’s doctors showed me that veterinary medicine and human medicine, although very different branches of healing, hold similar values and priorities: the importance of efficient, patient-focused care; clear, timely communication between team members; the need to show kindness to the patient’s whole family.

And I wonder: What if we could set up the human health-care system so that the communication, competence and kindness that made Humphrey’s care so special — that made it so humane — were not only valued but also reimbursed?

Pierce is a clinical associate professor of family medicine at the University of Rochester. This is an edited version of a story that originally appeared in Pulse — Voices From the Heart of Medicine, an online magazine of stories and poems from patients and health-care professionals. 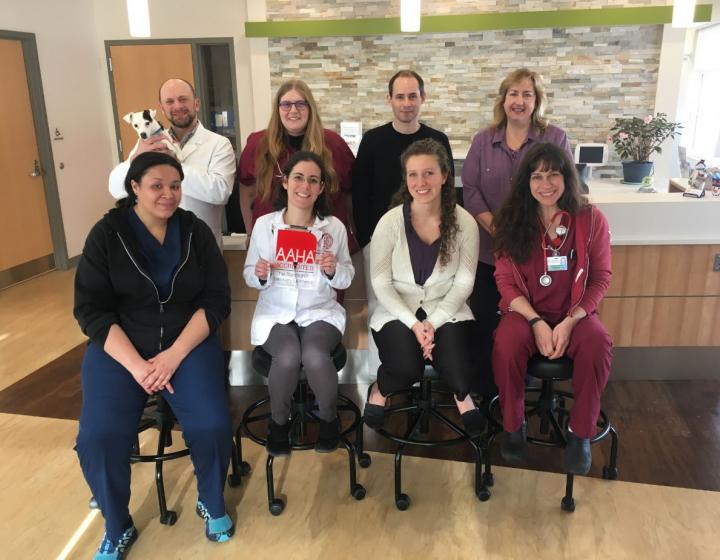 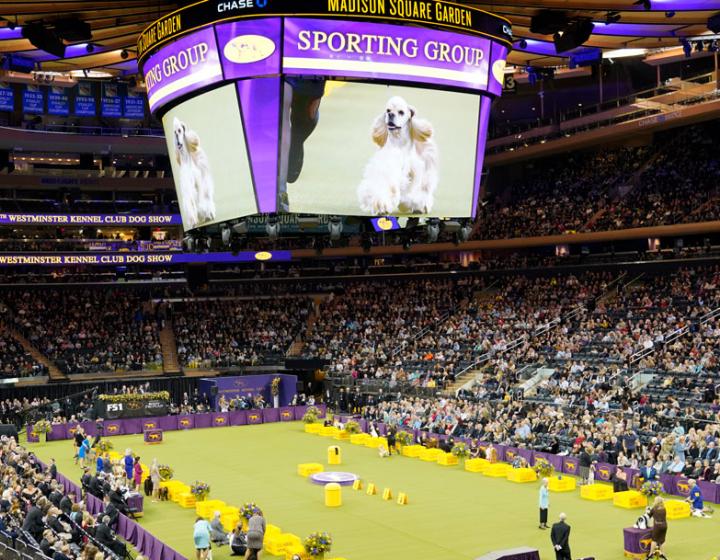 Any athlete, any breed: Cornell veterinarians care for the world’s top dogs at Westminster