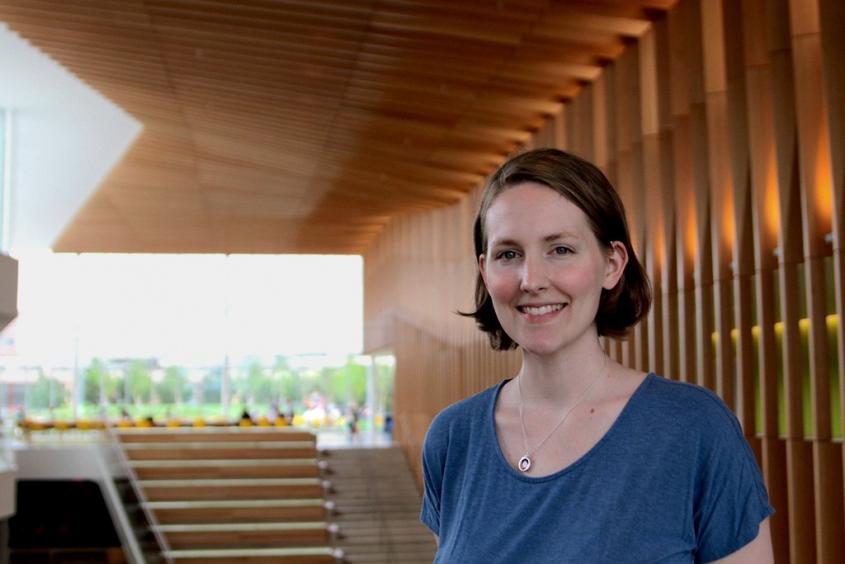 The scholarships created early last year as part of the recently completed endowed scholarship challenge are already benefiting several students. For one of them in particular the scholarship came at a crucial time.

In 2015, Shelby Wauson - currently a rising third-year veterinary student - and her husband, Eric Byers, left their friends, families, and jobs in their home city of Houston, Texas, so she could study shelter medicine at her “dream school,” the College of Veterinary Medicine. Wauson had been a veterinary technician. Byers was a math teacher, but he wasn’t certified in New York so he switched gears and found work at a brewery outside of Ithaca.

The couple also had been wanting to start a family, and they finally got their wish last year when Wauson became pregnant. But, nearing her due date in the middle of a hectic fall semester during her third year of vet school, Wauson and her husband started to feel the pinch.

When she was chosen as one of the recipients for Cornell scholarships established by the Westminster Kennel Club, it was a godsend that helped her pay for her family’s health insurance.

“Without that scholarship and the child daycare grant from Cornell, I don’t know if I would have continued through the year,” said Wauson, who held work-study jobs at Cornell’s Companion Animal Hospital until their son was born in November.

Becoming a mother and becoming a veterinary doctor are equally important to her: “We made a conscious decision to have a child during vet school, because, at 27, I’m two to three years older than the average vet student, and we want to have more kids in the future.”

Wauson explained that starting a family after vet school at the same time as starting a veterinary practice often puts women at a professional disadvantage, vulnerable to job discrimination or loss of income, particularly when they go on maternity leave.

“It’s crucial to support female students, especially mothers, through veterinary school because we’re the future of veterinary medicine,” she added, referring to the growing number of female vet students in the United States.

Entering her final year, Wauson is exploring externship opportunities. She looks forward to returning to Houston, where she hopes to make a difference in the lives of animals and their human companions, especially low-income families.

“Hurricanes have been hitting my hometown really bad, and so our shelters have been inundated with stray animals,” she said. “They’re just desperate right now for vets.”

By the Division of Alumni Affairs and Development

A version of this story originally appeared on giving.cornell.edu.