Fire brings out the best in Cornell and the community

On Aug. 9, 2018, wires caught fire in the attic at Veterinary Care of Ithaca on West Court Street, a practice owned by Jennifer Biasillo, Cornell D.V.M. '12. Her staff brought the patients to safety but the fire damaged structural trusses, the electrical and HVAC systems, the treatment space and their server, shuttering the business for repair and renovation.

The practice’s five veterinarians and 12 staff members have over 5,000 active patients. They’re big on customer service and reducing stress during visits; that includes in-room checkout for owners and other fear-free protocols, like squeeze cheese snacks for pets. They offer ultrasound, therapeutic laser and dental x-ray in addition to basic medicine, spaying, neutering and common surgery.

A few weeks before the fire, faculty and staff from CVM’s Community Practice

Service finished moving into a sparkling 10,000 square foot building at the corner of Campus and Caldwell Roads. Their new program, the Small Animal Community Practice (SACP), teaches students about running a primary care practice. With separate canine and feline waiting rooms, five exam rooms, a large treatment space, radiography and dental facilities, the spacious SACP was designed to accommodate not only a general practice but eventually the primary care surgery program and Maddie's® Shelter Medicine Program at Cornell.

When SACP section chief Dr. Brian Collins heard about the fire, he sent a note to Dr. Meg Thompson, associate dean of hospital operations and corporate relations. She emailed Biasillo that night to see if she could help, and Biasillo responded, “I have no idea if this is a possibility, but… a few exam rooms would allow us to remain partially functional…. I know it’s a lot to ask.”

Thompson slept on it. “The next morning, having thought about how much work it would be to make that happen, I went to the dean,” says Thompson, “and he said, ‘Yes.’” So she and David Howe, assistant dean of finance and administration, began working with colleagues in Cornell’s administration: risk management, real estate, taxation, environmental health and safety and University Counsel… The outcome? An emergency-occupancy short-term license arrangement. Meanwhile CVM allowed Biasillo to use classrooms and atrium space to keep her practice breathing.

Three weeks after the fire Biasillo’s staff moved into the SACP, with two exam

rooms, dog and cat kennels, and separate phone lines dedicated to their practice. “It’s kind of like two practices working side by side and sharing some things,” says Biasillo. Three to six students rotate through every two weeks. They work with SACP veterinarians, and, if those veterinarians aren’t busy, observe Biasillo’s practice and reflect on the experience. Says Thompson, “In our case, there’s always something you can learn from peers and how they do things, so I think there are all kinds of daily small learning opportunities.”

Thompson values the relationships between CVM and local practitioners, knowing how their trust and referrals for secondary and tertiary care are central to the college. “Our town-gown relationship is every single day,” says Thompson. “It’s really the heart of our business. To help a local practice in an emergency like this was an unusual challenge for the college, but from the dean to the SACP clinicians and technicians, we all felt it was the right thing to do.”

Biasillo shared with Thompson the knowledge she gained from managing the fire, dealing with damaged equipment and insurance companies, and working with architects who have redesigned the building to provide more functional reception and treatment space. “So I learned a lot in the process as well,” says Thompson. “She’s an amazingly capable individual… and I’m impressed with how much her team loves her.”

Biasillo began her career as a licensed veterinary technician, certified in canine rehabilitation. She ran a rehabilitation facility, working on pets with a variety of disorders. “That gave me the perspective of managing my own cases,” says Biasillo. It also introduced her to running a business.

Biasillo wanted to do more, so she finished her undergraduate degree and enrolled in CVM just before turning 30. Simultaneously she got a job as a licensed technician at Veterinary Care of Ithaca, working there throughout school. “Being in vet school, having been in the field for so long, and being older gave me a unique perspective,” says Biasillo. “There were questions that occurred to me that maybe wouldn’t have if I had been just out of undergrad or had never really been in a practice before.” After earning her DVM, Biasillo became an associate at Veterinary Care of Ithaca, then purchased the practice in 2015.

After the fire, patients and community members reached out to her, offering compassion and even help with cleaning. “For Cornell to offer us this…” says Biasillo, extending her gaze around the SACP, “I don’t know what we would have done if we hadn’t had the space to keep serving our clients and our patients. It takes something traumatic sometimes to make you realize the people we’re surrounded by are very amazing. I am grateful for a lot that came out of it.” 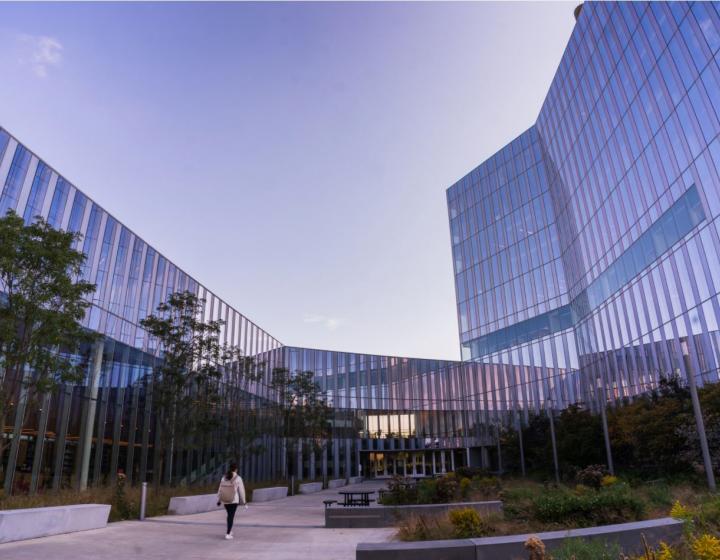 CVM joins university “to do the greatest good” for animals, humans and the planet 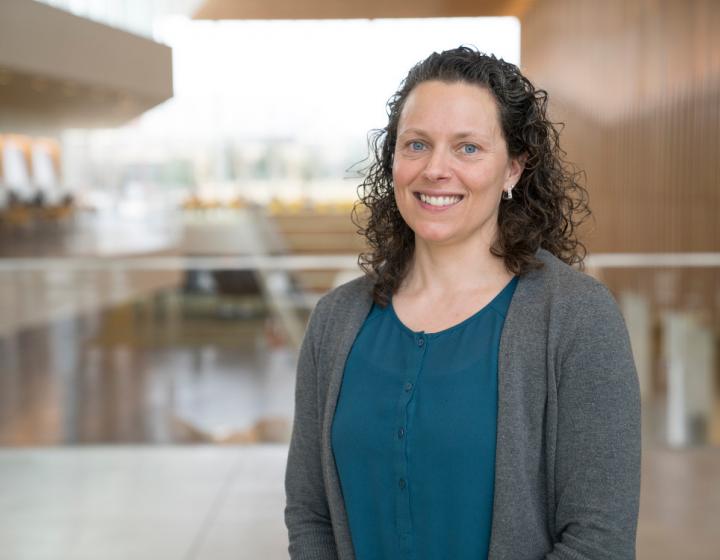