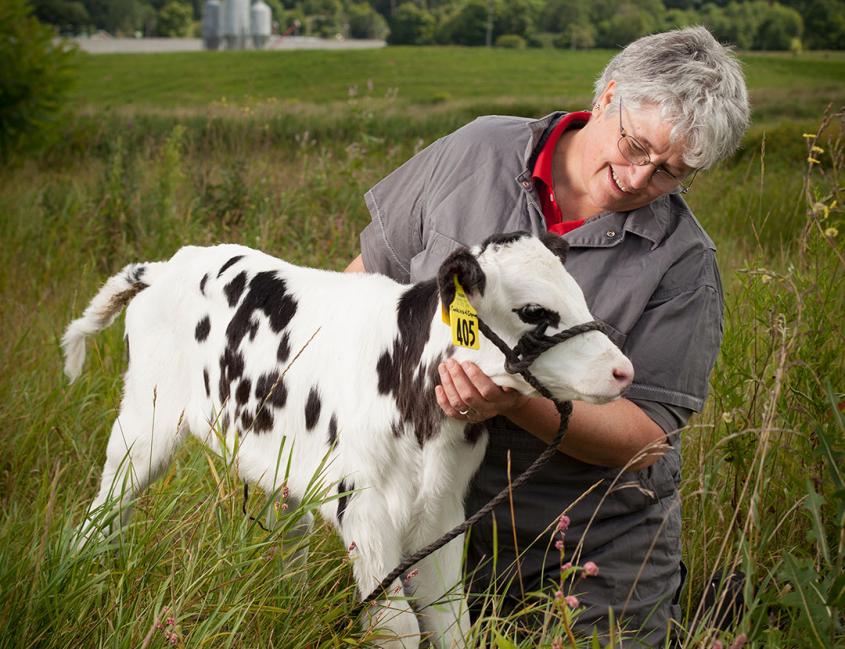 The United States Animal Health Association (USAHA) presented the award to Belinda Thompson '77, D.V.M. '81, at its annual meeting in October, describing her as “one of USAHA’s finest.” Photo by Cornell Brand Communications.

For her outstanding contributions to the national and international livestock and equine industries, as well as to the public health community, the United States Animal Health Association (USAHA) bestowed this year’s Medal of Distinction to assistant clinical professor Belinda Thompson ’77, D.V.M. ’81.

The USAHA Medal of Distinction is awarded annually to recognize a distinguished USAHA member who has demonstrated outstanding leadership, provided exemplary service and has made significant contributions to the advancement of the association.

The association presented the award to Thompson at its annual meeting in October, describing her as “one of USAHA’s finest.” Thompson chaired their Committee on Animal Welfare and has been an engaged member of many additional committees and subcommittees, including One Health, Rabies, Salmonella, Animal Emergency Management and Foreign and Emerging Diseases. She has also been an active participant in the USAHA Board of Directors as one of the northeastern delegates.

Thompson was reappointed earlier this year to the Secretary of Agriculture’s Advisory Committee on Animal Health and continues to participate on the USDA NIFA Veterinary Services Grant Program proposal review panel, this year as the panel manager. She also has been involved in the development of ten USDA accreditation modules, including animal diseases, diagnostics, animal welfare, emergency response and the use of antibiotics.

Noted the association: “Dr. Thompson’s history as a dedicated educator, a progressive advocate for the advancement of producer programs, and willingness to share her expertise at the national level — often carrying the banner of USAHA — make her the choice candidate for the USAHA Medal of Distinction this year.”