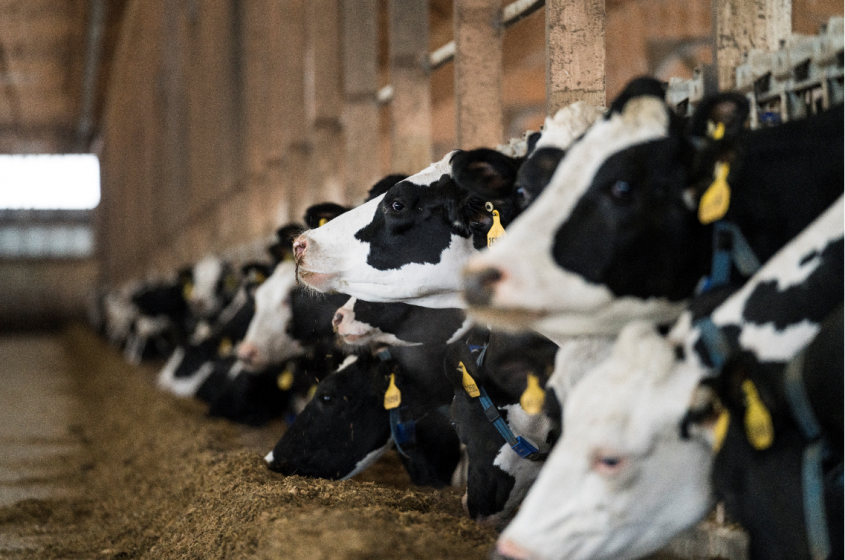 The CVM study found that dairy farmers are most receptive to the opinions of fellow farmers, veterinarians and milk processing plants regarding antibiotic use.

By following new recommendations for smarter, more targeted antibiotic use, New York dairy farmers can save money and have healthy cows, while slowing the rise of antibiotic-resistant bacteria. So why aren’t all farmers following the new guidelines?

To find out, an interdisciplinary team of researchers from Cornell University and the University of Wageningen in the Netherlands used a social psychology approach to understand how dairy farmers’ views impact how and when they use antibiotics to treat their cows. In a new paper in PLOS ONE, they report that farmers make these changes when they are confident that they won’t disrupt their operations. Also, hearing success stories from others in the dairy industry may be the best way to empower farmers to adopt the new strategies.

“We wanted to understand better what drives farmers’ perceptions of how they are stewards of antimicrobial use,” said Daryl Nydam, D.V.M. '97, Ph.D. '02, professor at the Cornell University College of Veterinary Medicine and faculty director of the Cornell Atkinson Center for Sustainability. Nydam and Lorin D. Warnick, D.V.M., Ph.D '94, the Austin O. Hooey Dean of Veterinary Medicine, assembled an interdisciplinary team that included veterinarians, epidemiologists, a behavioral economist and an expert in agricultural economics. They received a grant from the Cornell Atkinson Center for Sustainability for the work.

By working with the New York State Department of Agriculture and Markets, the team sent anonymous and confidential surveys to all of the state’s almost 4,000 dairy farms and received over 400 responses. The survey asked questions about current antibiotic use and farmers’ attitudes toward “prudent use of antibiotics” – only using the drugs when diagnostic tests or cattle records indicate treatment is necessary. The questions also asked about social norms surrounding prudent use and perceived barriers to implementing the strategies.

For many reasons, dairy farmers want to keep antibiotic use to a minimum. The drugs cost money and milk with antibiotic residues can’t be sold. However, treatment is necessary sometimes to treat a common udder infection called mastitis, or to control an infection after “dry-off,” when a cow stops being milked toward the end of a pregnancy.

“Currently, many dairies are blanket treating cows with antibiotics, which means that if a cow comes in with mastitis, it receives an antibiotic,” said co-author Dr. Amy Vasquez, who led the project as a postdoctoral researcher and recently accepted a job at DeLaval, a Swedish company that develops cutting-edge milking machines and dairy technology. Many farmers also blanket treat cows at dry-off.

Previous studies by Nydam, Vasquez and colleagues have shown that about two-thirds of non-severe cases of mastitis will clear up on their own, and that bacterial testing can identify the infections that require treatment. They also developed an algorithm farmers can use to identify cows that need preventive treatment at dry-off. When tested on farms, both strategies reduced antibiotic use associated with udder health by around 50 to 60 percent without hurting the cows or affecting milk production.

“We’re finding that the management practices on these dairies are so good – they are so clean and disease-free – that maybe we don’t need to be treating cows prophylactically,” said Vasquez.

When the researchers analyzed the survey responses, they saw that confidence was the most important factor driving farmers to select prudent use strategies. “The more that farmers are given tools to understand the decision they are making, the better,” said Nydam. These farmers believed that selective treatment would increase profitability, and that the new testing protocols could fit into their daily routine.

The survey also showed that farmers are most receptive to the opinions of fellow farmers, veterinarians and milk processing plants regarding antibiotic use. As a result, success stories from farms that have become more profitable through reduced antibiotic usage, especially when told by trusted members of the dairy industry, may be the most effective way to give farmers the confidence boost needed to adopt these changes.

“If we can spread those strategies through trade shows, producer meetings and veterinary conferences, then I think that’s the way to go,” said Vasquez.

In reading the additional comments that farmers left on the survey, Vasquez was reassured to see that many dairies in the state take antibiotic resistance seriously and are devoting efforts to tackle the problem. “I do believe that a lot of our producers are keeping their eyes out for consumers and animals and trying their best to use antibiotics appropriately on the dairies.”