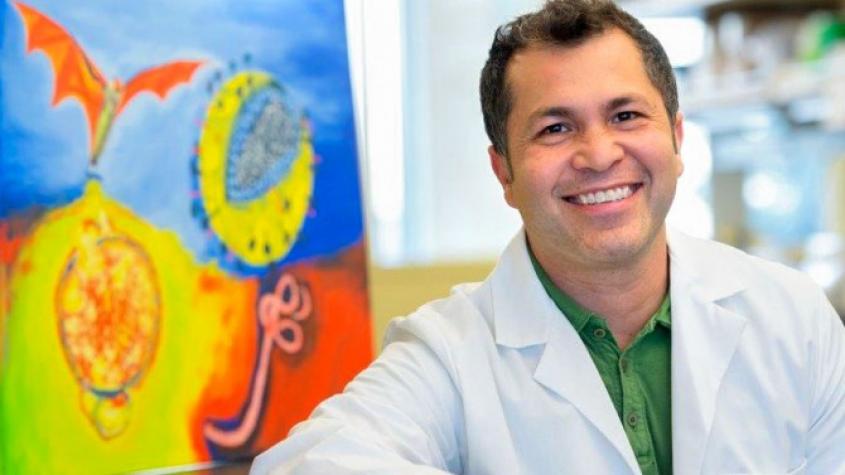 Nipah virus, which has a 40% to 90% mortality rate in humans, is listed by the World Health Organization as likely to cause future pandemics, and therefore requires “urgent action.”

A Cornell researcher is studying the Paramyxoviridae family – which includes Nipah virus – in an effort to understand the basic mechanisms of transmission and infection, which are necessary steps toward vaccine development and other therapies.

The research is possible thanks to a five-year, $2.3 million National Institutes of Health (NIH) grant awarded to Dr. Hector Aguilar-Carreno, associate professor in the Department of Microbiology and Immunology, in the College of Veterinary Medicine. The award is a continuation of a previous five-year NIH grant.

Fruit bats are the natural hosts to Nipah virus, with other animals, such as pigs, also susceptible. Pig farmers in Asia have become infected and can then transmit the virus to other people. Bat to human transmission has also occurred.

In previous work, Aguilar-Carreno and colleagues identified receptors on the surface of host cells that allow viral entry. Two proteins on the virus’s surface, called F and G, act in tandem to gain entry into cells. The G protein binds to the cell receptor, then triggering signals that activate the F protein to fuse the viral and cell membranes together. Once fused, the virus’s genetic material can enter the cell.

“It’s a very, very clever way to get access to the inside of the cell,” Aguilar-Carreno said.

In the first grant, the researchers developed mutant versions of the F and G proteins to better understand how they work; a mutant can limit some of the functions to illuminate processes. In this way, they uncovered a cascade of previously unknown steps that occur in both proteins for the virus to enter cells.

In the current grant, Aguilar-Carreno will use those mutants to better understand what happens to the individual proteins, and to the interactions between them. Aguilar-Carreno also has teamed with Susan Daniel, professor of chemical and biomolecular engineering in the College of Engineering, to generate new biophysical and biochemical assessments to further elucidate these newly discovered steps of the process.

Over the course of the grant, the researchers hope to identify the exact steps and regions by which each protein interacts with the other in order for the virus to gain entry into host cells.