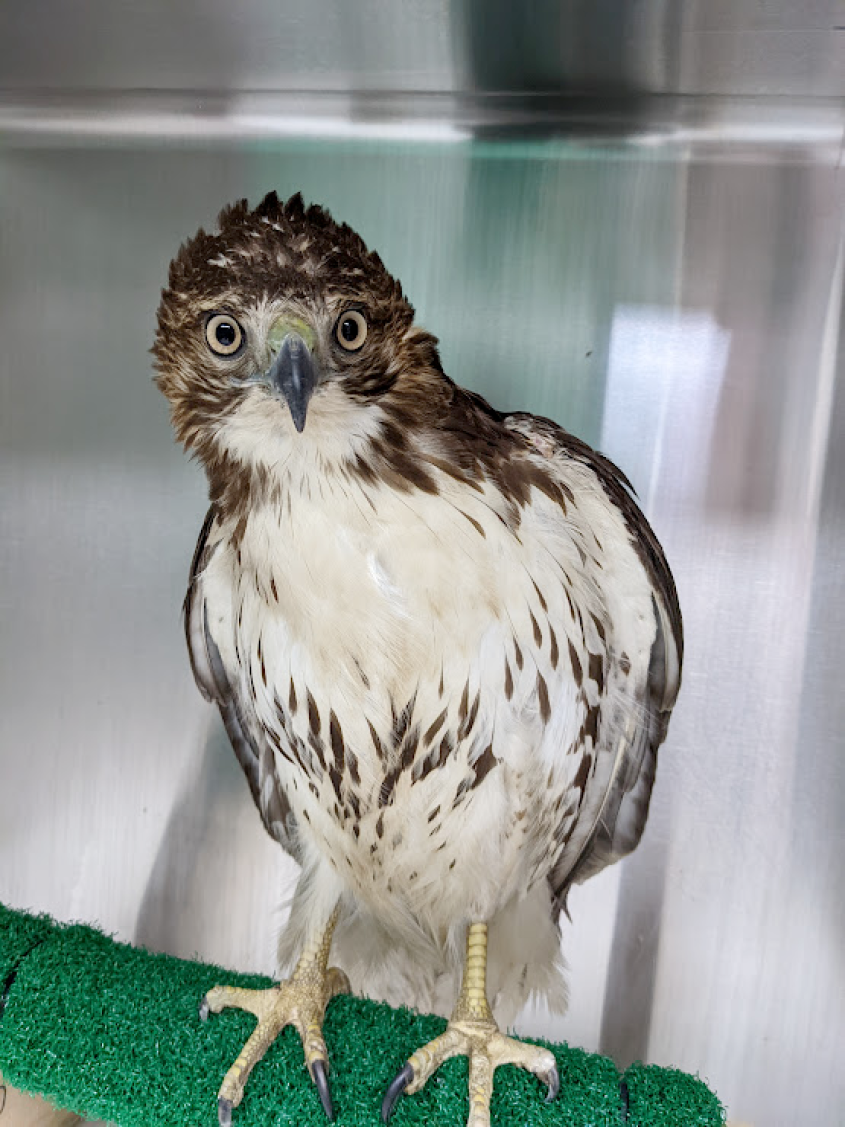 Sixty-eight percent of red-tailed hawks have anticoagulant rodenticide toxins in their systems, indicating that poisoning of this kind is widespread across New York state raptors. Photo: CVM

Birds of prey are in trouble, according to a recent study by clinical researchers at Cornell University College of Veterinary Medicine. The paper, published May 12 in Ecotoxicology, details how 68% of red-tailed hawks have anticoagulant rodenticide (AR) toxins in their systems, indicating that poisoning of this kind is widespread across New York state raptors. “It was a surprise to see how pervasive this problem is,” says Dr. Cynthia Hopf-Dennis, clinical assistant professor at the Janet L. Swanson Wildlife Hospital and first author on the study. “It’s much more prevalent than I would have ever thought.”

ARs are bad news for wildlife. They disrupt the body’s ability to clot blood through blocking the availability of vitamin K. At high doses, this causes uncontrolled bleeding, shock and death in animals, while sub-lethal doses cause lethargy and overall poor health. The toxins can stay in animals’ systems for over 100 days, meaning poisoned rodents may not die immediately  and are more likely to be eaten by raptors, like red-tailed hawks, passing on the poison to them.

Understanding the true impacts of these poisonings on wild raptors has proved difficult, as scientists do not have regular access to the animals. However, Hopf-Dennis and her colleagues at Cornell had access to several red-tailed hawks to carry out their study — including 23 healthy red-tailed hawks from local rehabilitators and outreach programs, and 49 free-ranging red-tailed hawks that came to the hospital as patients. All birds came from across New York state. Disturbingly, most of the birds tested had rodenticide in their system.

“This is important for New York raptors,” says Hopf-Dennis. “Rodenticide toxicity is widespread in wildlife in neighboring states like Massachusetts, but recent documentation in birds of prey in our area is lacking and is higher than expected given recent regulations on second-generation rodenticides.”

The uptick in poisonings implies that AR use is widespread. While anticoagulation rodenticides are regulated by the EPA and sales to consumers have been halted, “They may still be sold at some stores, or people have a backlog of them in their basement,” says Hopf-Dennis. “People are still somehow using them.”

To treat AR poisoning, veterinarians supplement patients with vitamin K. Because second-generation ARs designed to stay in an animal’s body for over 100 days, this treatment often has to occur for several months as the toxin works its way out of the patient’s system.

With a treatment that requires months of captivity for a wild animal, clinicians want to be sure they’ve got the right diagnosis before doing it. However, clinical symptoms of sub-lethal rodenticide poisoning can be vague — lethargy, lack of appetite and dullness are signs of many other conditions, too. Thus, as part of her research, Hopf-Dennis and her colleagues hope to validate a new diagnostic test for AR toxicity in birds that could easily be used in the clinic. “Right now, a dog or cat could walk into a hospital and easily be tested for AR exposure,” says Hopf-Dennis. “But we still don’t have an effective clinical test for avian patients.”

While she had hoped that a test known as Russell’s viper venom time assay might be effective as in-clinic diagnostic, it did not prove effective. “It’s back to the drawing board for now,” Hopf-Dennis says.

In the meantime, she hopes people heed the EPA regulations and avoid using anticoagulant rodenticides. “Our wildlife is already facing so many threats — from habitat destruction, to parasites, to disease and car strikes — if we can avoid adding one more human-driven cause to their challenges, we should,” says Hopf-Dennis.