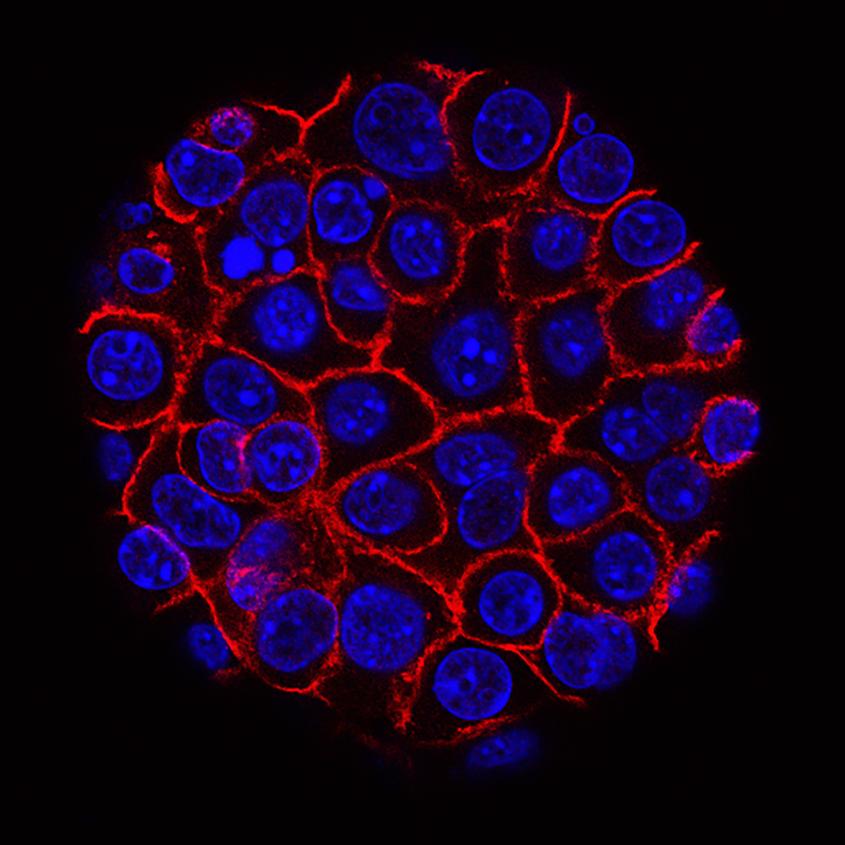 When Adam Broder ’97, thought about making a difference, his thoughts instantly turned to cancer research. Both he and his wife Rachel had examples of the disease’s toll on both of their families — and were compelled to find solutions. This motivation led to the establishment of the Adam and Rachel Broder Fund for Cancer Research, which provides seed funding for scientists. While the awards are available to any Cornell faculty member, they are administered by the College of Veterinary Medicine (CVM), which has a long history of translational cancer research.

“My wife and I were very interested in making an impact in next-generation cancer research,” says Broder. “After meeting the team at the Veterinary College, I was just blown away. What the scientists are doing there is incredible.”

Broder says he was not only impressed by the college’s translational approach to cancer research — looking at the disease in both humans and animals — but also its culture. “I was impressed by the camaraderie and partnership,” he says. “It was unusually cohesive — that’s a big deal to both Rachel and me. There’s a partnership and alignment of interest to get things over the finish line. That’s a recipe for success, and I can see they’re on the cusp of great things.”

Part of that greatness will now be the administration of this new fund, which is awarded every year by the CVM-led committee to cancer researchers across Cornell. The $30,000 award serves as seed funding, which enables untested, novel concepts to gather enough initial results to then garner funding from larger funding sources.

Administering the Broder fund out of CVM is a logical move, says Dr. Robert Weiss, associate dean for research and graduate education. “Given our key role in biomedical science on this campus, and our excellent track record in attracting NIH funding, we have a real potential for great impact.” Furthermore, the college already has a robust system for providing seed grant funding to early-career researchers, which helps scientists jumpstart or advance their research. “This money allows investigators to start new projects, go in new directions or really solidify promising early-stage research,” Weiss says. “Once they have preliminary data from that work, they can then be successful in competing for external funds [like NIH grants].”

To get large federal cancer research grants, “you can’t just have an idea, you have to have evidence, and the only way to get evidence is to do it in the lab — and that costs money,” says Weiss. “Seed grants like the Broder cancer research fund kickstart the process and really do ‘seed’ important new discoveries.”

This year, the committee selected Dr. Mikail Abbasov, assistant professor in the Department of Chemistry and Chemical Biology to receive this year’s seed funding.

Abbasov’s project aims to combine his chemical proteomics technology and drug-like molecules with a three-dimensional tumor-macrophage model, allowing him to systemically identify the right protein targets required to inhibit tumor growth and activate macrophages to jumpstart an antitumor response.

“I was thrilled,” says Abbasov. “This award will provide essential funds to obtain preliminary results for our novel strategy.”

Already, the fund has a promising track record. Last year’s awardee, Dr. Esak Lee, assistant professor and Nancy and Peter Meinig Family Investigator in the Life Sciences in the biomedical engineering department, was able to use the funds to support his first project to develop a bioengineered model of pancreatic tumor lymphatic system. This allowed Lee to jumpstart collaborations with Dr. Deborah Fowell, professor and chair of the Department of Microbiology and Immunology, and Dr. Manuel Hidalgo, professor of medicine at Weill Cornell Medicine, and generated key data that secured multiple NIH federal grants, including a new R01 and two R21s. Such grants are the type that all biomedical researchers long for — large awards that support and sustain a scientist’s research for many years.

The success has also enabled the support of Lee’s graduate student, Anna Kolarzyk, a fourth-year Ph.D. student in the Biomedical and Biological Sciences Program, whose research focuses on deciphering detailed mechanisms of lymphatic vessel remodeling in pancreatic cancer.

“I truly appreciate Adam and Rachel Broder’s generous support for our pancreatic cancer research,” says Lee. “Seed grants generally support high-risk/high-reward projects, which are not usually supported by traditional federal funding mechanisms. Given that we did not have sufficient preliminary data, the idea itself could not be supported by NIH as it is. Instead, this seed grant allowed us to create a unique platform to decipher the mechanisms and targets of lymphatic dysfunction and immune evasion in pancreatic tumor.” Lee stresses that the grant’s impact is even bigger. “Despite our focus on a transport of interstitial fluid and immune cells in cancer, the model also applies to other types of tumors that involve lymphatic invasion, and other organs with lymphatic functions, such as the small intestines, the brain and the entire vascular biology field as well.”

Broder himself is excited about the future of the fund. “What they’re doing is incredible,” he says. “I have a lot of faith that, as you fast forward into the future, my children and grandchildren won’t have to deal with cancer in the way that we currently do.”