The microscopic fight against a deadly Trojan horse 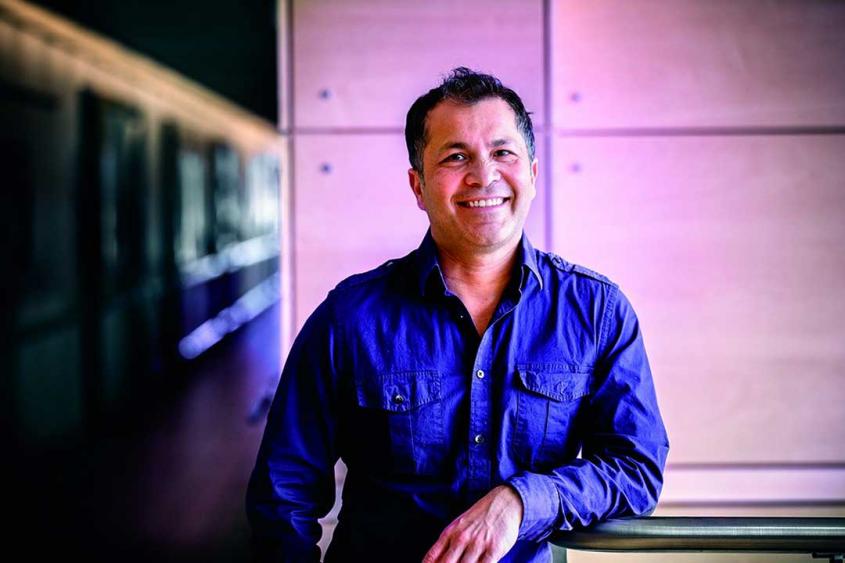 As an 8-year-old growing up in Tepic, Nayarit, Mexico, Hector Aguilar-Carreno watched the climbing tendrils of a squash plant and measured how fast the tendril circled around a neighboring twig. “I wanted to know how the plant shoot knew which way to go – and realized there must be a way for the plant to sense the twig,” he says. “It got me thinking more microscopically.”

Aguilar-Carreno joined the College of Veterinary Medicine as an associate professor in July 2017. “Cornell is a place where we can do great things in the field of virology,” he says. “It’s the one of the best environments in the country – and in the world.”

His research interests have expanded from squash tendrils to understanding the behavior of some of the most mysterious and deadly viruses in the world – how they fuse with, enter and replicate in host cells. Aguilar-Carreno studies members of the Paramyxoviridae family, including the Nipah and Hendra viruses, which are carried by bats and can pass easily across the animal kingdom, killing most of their human hosts.

“A tiny piece of genetic material can overtake an entire complex animal,” he says.

These viruses are known as envelope viruses, so-called because they cloak themselves in the membranes of their host cells like a microscopic Trojan horse, making them relatively less visible to the host’s immune system. Aguilar-Carreno describes blocking membrane fusion as his research holy grail, and his lab is working to uncover more viral and cellular proteins that can play a key role.

Although blocking membrane fusion in the body is tricky, it’s clear Aguilar-Carreno has the tenacity to see these efforts through. “I am a very determined person,” he says. “If we’re able to find broad antivirals that can target these enveloped viruses, we will solve so many problems. It would dramatically improve both veterinary and human health.”

Read the full version of Aguilar Carreno's profile in the latest issue of 'Scopes.