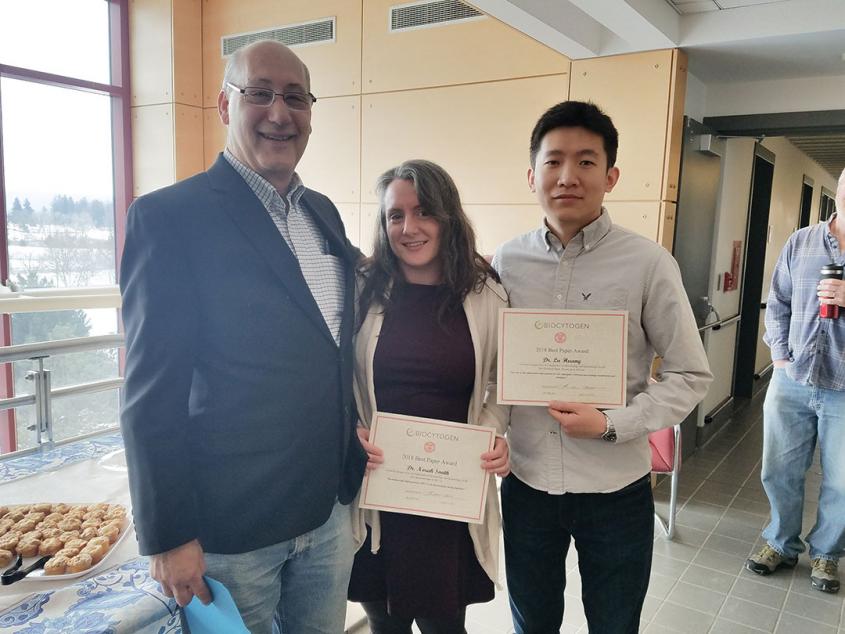 The Department of Microbiology and Immunology celebrated the inaugural recipients of an award supporting trainee research in a ceremony at the College of Veterinary Medicine March 7. First and second place winners of the Biocytogen Best Research Paper Award are research associates Norah Smith ’02, Ph.D. ’11, and Lu Huang, Ph.D. ’14, respectively.

“It’s wonderful for Cornell graduate students and postdocs to be recognized in this way,” said Dr. Theodore Clark, chair of the Department of Microbiology and Immunology. “Norah and Lu are outstanding scientists with very bright futures and their work reflects well on the institution.”

The annual award acknowledges excellent graduate student and postdoctoral research published in the preceding calendar year. It is sponsored by a three-year grant awarded to the department last fall from Biocytogen, a biotechnology company that offers gene-targeted animal models and other services to the research community. The winner and runner-up will receive travel support to attend a scientific meeting of their choice. Clark solicited paper submissions from trainees in the department and a committee of faculty members selected the winning entries.

“The paper submissions were outstanding,” said Clark. “It was difficult to choose the winners.”

“The quality and impact of the work done by Drs. Smith and Huang is impressive and field-changing, and demonstrates the quality of the work being done in our department,” said Avery August, Ph.D. ’94, former chair of the Department of Microbiology and Immunology and current Vice Provost for Academic Affairs, who worked to garner the support from Biocytogen.

Smith won first place for her paper, “Developmental origin governs CD8+ T cell fate decisions during infection.” The research, conducted in Dr. Brian Rudd’s lab, demonstrates that T-cells that arise at different times of life – in the fetus, the neonate and the adult – are different in their ability to respond to infection and to form memory, which is key to protecting people and animals against pathogens. The study was published in the journal Cell last summer.

“Our lab researches the differences between fetal and adult immunity in T-cells,” said Smith. “My specific focus is on cells made in fetal life that are around in adulthood, how those cells contribute to an immune response and behave differently to cells made later in life.”

Huang, a postdoctoral researcher in Dr. David Russell’s lab, earned second place for his paper, “Growth of Mycobacterium tuberculosis in vivo segregates with host macrophage metabolism and ontogeny.” Working with macrophages infected with M. tuberculosis in the lung, Huang showed that interstitial and alveolar macrophages vary in terms of their function as well as their ability to be permissive for infections by such bacteria.

“We described the two different lineages of macrophages and found that their responses to the tuberculosis-causing bacterium were very different,” said Huang, whose paper was published in The Journal of Experimental Medicine last spring.

The two papers were similar thematically: At their core, both show how individual cells of a particular type – T-cells on the one hand and macrophages on the other – can differ functionally depending on when and where they arise during development, said Clark. “And in both cases, their findings have real significance for vaccine development and enhance our basic understanding of how seemingly identical cells can differ in terms of their underlying metabolism and effector functions.”

Smith plans to attend the International Congress on Immunity in Beijing later this year, and while Huang hasn’t yet chosen a conference, he said he looks forward to communicating his work and networking with fellow researchers. 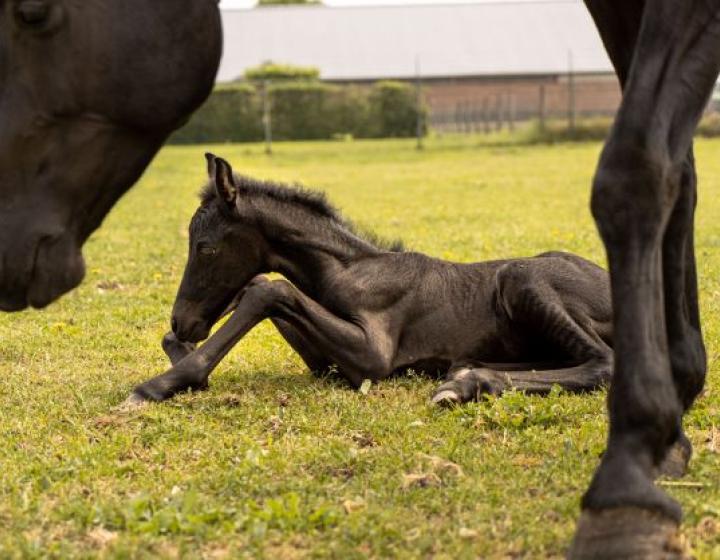 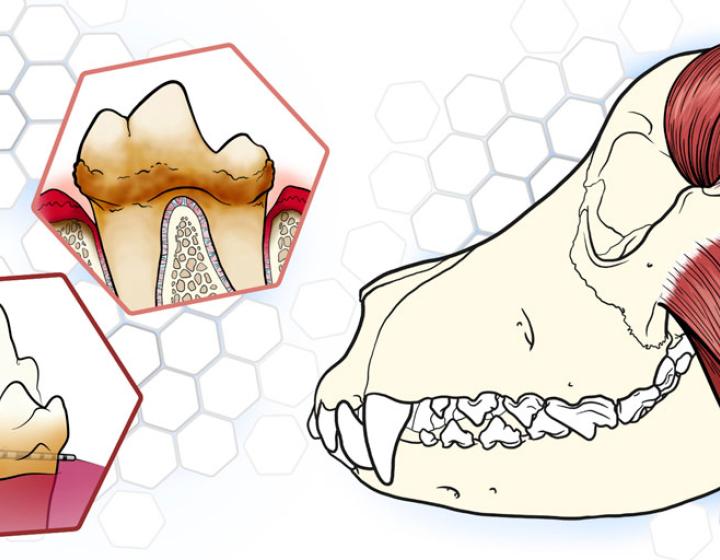