Equine cryotherapy device likely to be effective in treating laminitis 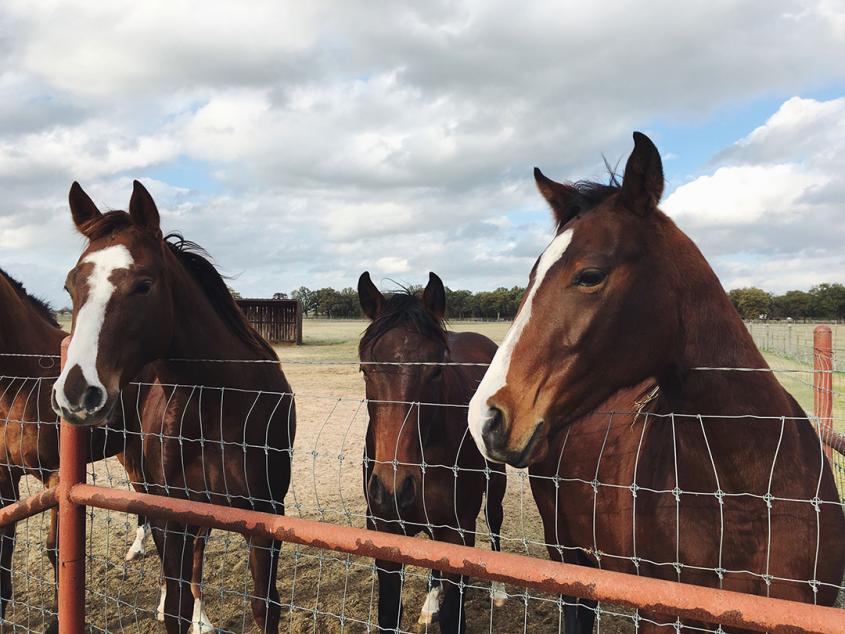 Laminitis is never a diagnosis horse owners want to hear. This inflammatory condition of the hoof can be crippling, and some horses may need to be euthanized due to the unrelenting pain. Now, researchers at the Cornell University College of Medicine have found that a new commercial cryotherapy device effectively cools horses' hooves, laying the groundwork for treatment and prevention of equine laminitis.

Joy Tomlinson, D.V.M. ’10, research associate in the Van De Walle Lab of the Baker Institute for Animal Health, was part of a team that confirmed that the commercially available and popular Jacks Ice Boot is clinically effective in treating laminitis. This research was included in the 2018 Kester News Hour at American Association of Equine Practitioners in 2018 as one of the year’s most important findings in equine medicine.

The Jacks Ice Boot is a sleeve-style boot that puts ice in direct contact with the horse’s skin and lets water drain freely from a cuff at the bottom. The major benefit to this design is ease of mobility. Horses’ hooves are unencumbered, allowing the horse to move much more freely as compared to other cryotherapy methods such as ice baths, wader-style boots and ice bags applied to the hoofs. Consequently, many equine clinicians prefer the Jacks Ice Boot — yet no one knew for sure if the boots were as effective as more cumbersome cryotherapy devices. Tomlinson’s research has now laid doubts to rest — proving for the first time that an ice boot that does not cover the hoof can cause significant cooling, and in fact reach the recommended temperature for continuous cryotherapy.

Prior to this research, published April 13, 2018 in BEVA Equine Veterinary Journal, clinicians only had anecdotal evidence that Jacks Ice Boots were clinically effective. Tomlinson and her team therefore sought to determine if the Jacks Ice Boot was effective at maintaining a hoof wall temperature below 10°C, which is the current recommendation for laminitis prevention and treatment based on prior research.

To make the study clinically relevant, they compared the boot’s effectiveness on both healthy horses and the same horses after injection with a short-lasting endotoxin. Endotoxemia (which causes profound inflammation system-wide) and its associated diseases are among the most common causes of laminitis. Tomlinson gave eight horses cryotherapy on two separate days while she recorded hoof temperatures. The researchers administered the endotoxin on the second day prior to icing.

“We anticipated the boot would be effective at reaching 10°C on the healthy horses. However, blood flow to the extremities can be abnormal during endotoxemia, and we needed to assess if the boots would work under these conditions as well,” says Tomlinson.

“There are a number of medications we use and mechanical things we do to support the leg, but they don’t prevent laminitis from developing. To date, the only thing that prevents it is cryotherapy,” explains Tomlinson. “Therefore, it’s significant to have shown this boot is a fairly affordable, easy-to-use and effective cooling method that hospitals can continue to use.”