A new study identifies some of the most critical genes that may drive a rare but deadly liver cancer, providing a road map for developing drugs that target those genes.

The cancer, fibrolamellar carcinoma, accounts for 1-5% of all liver cancers, and disproportionately affects children and young adults. By the time it is detected it has often already metastasized, leaving patients with a median one-year survival time.

The study provides the first picture of how the activity of the genome is rewired in this tumor. By understanding these inner workings, the researchers discovered a potentially effective drug-combination therapy.

“It has been recently demonstrated that genes that are near super enhancers are particularly critical to driving the behavior of those cells.”

The study used a Cornell-developed technique, chromatin run-on sequencing (ChRO-Seq), which provides a snapshot of transcription across a sample’s entire genome. The technique – developed by study co-author Charles Danko, an assistant professor at Cornell’s Baker Institute for Animal Health and CVM – allowed the researchers to determine which regions of the DNA might be specifically activated in fibrolamellar carcinoma compared to healthy liver tissue, and even compared to every other cancer type for which similar data is publicly available.

DNA is mostly comprised of regions that do not code for genes, called “noncoding DNA,” which includes genetic elements known as enhancers that act as adjustable switches to dial nearby genes up or down. The researchers used the ChRO-Seq technique to identify dense and highly active clusters of these enhancers, known as super enhancers.

“It has been recently demonstrated that genes that are near super enhancers are particularly critical to driving the behavior of those cells,” Sethupathy said. The group identified approximately 15 genes very strongly associated with super enhancers that are specific to fibrolamellar carcinoma tissue.

These particular genes were strongly implicated in the MAPK signaling pathway, which is known to become unusually active in other types of cancer as well and leads to uncontrolled cell proliferation, a cancer hallmark. At around the same time, study co-author John Scott, professor of pharmacology at the University of Washington, and his colleagues had independently used a biochemical approach that also implicated the MAPK pathway in fibrolamellar carcinoma. The two groups joined forces.

“The exciting part is that there are already Food and Drug Administration (FDA)-approved drugs for other cancers like melanoma that target the MAPK pathway,” Sethupathy said. The team developed a cell model of fibrolamellar carcinoma, which allowed them to test how these drugs fared as a potential treatment for the cancer. They found that the drugs did disrupt the ability of the tumor cells to survive, but only at concentrations that were too high to give to patients.

“These findings were consistent with the burgeoning idea in the field that fibrolamellar carcinoma tumor cells exhibit a high level of intrinsic drug resistance,” Sethupathy said.

The team decided to revisit the list of fibrolamellar carcinoma super enhancer genes. Two genes in particular (SLC16A14 and CA12) drew their attention.

When the researchers administered an inhibitor of SLC16A14, most of the tumor cells died. Treatment with an inhibitor of CA12 combined with lower doses of the FDA-approved MAPK inhibitor also showed very promising results.

Said Sethupathy: “We’re excited not only by the finding of a possible combination therapy strategy [a CA12 inhibitor with a MAPK inhibitor], but also by the discovery of the cancer-promoting potential for a previously poorly characterized gene, SLC16A14, that may turn out to be an important key to unlock therapies for fibrolamellar carcinoma.”

The group plans to use more mouse models to further test the combination therapy and investigate more closely the functions of SLC16A14. Validation of these findings is the next step toward the ultimate goal of designing clinical trials.

The study was funded by the Fibrolamellar Cancer Foundation. 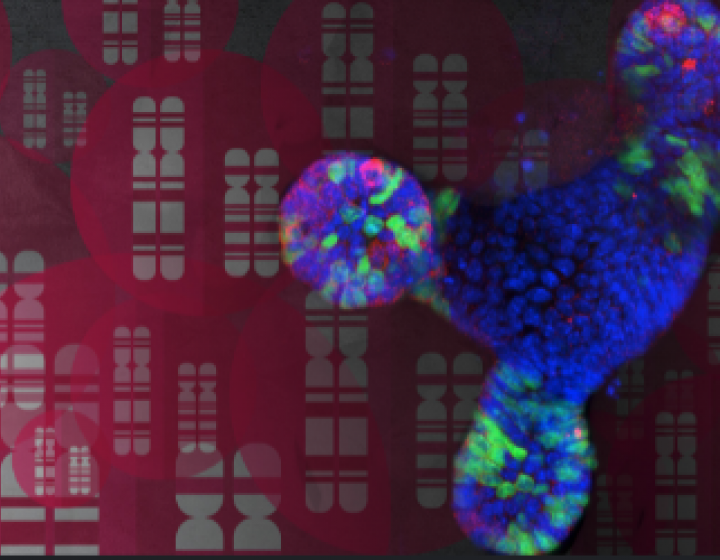 Class of 2020 gathers to celebrate delayed hooding and commencement ceremonies