Machine learning could be inside track to preventing racing breakdowns 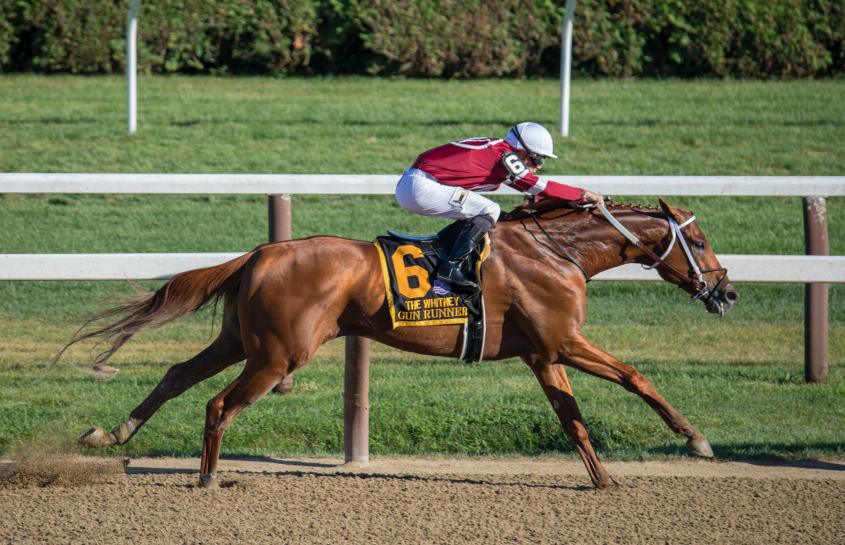 Cornell scientists hope to build a machine learning model that, along with complimentary modalities, could catch the warning signs of fracture risk in particular racehorses. (Photo: Keith Luke on Unsplash)

When Dr. Parminder Basran, associate research professor of oncology, arrived at the Cornell University College of Veterinary Medicine (CVM), he brought a totally new type of expertise to the college. As a radiation physicist, Basran uses artificial intelligence to analyze radiology images — a field known as radiomics. Prior to Cornell, Basran used radiomics to help human cancer patients. At CVM, he was eager to apply his tool to new fields. “I had this hammer and was looking for some new nails,” says Basran. “It’s really important for me to apply my knowledge to real clinical problems with practical applications.”

Now, Basran’s brand-new expertise has launched a promising new technique that could help prevent a serious issue in racehorse health. The research was detailed on July 12 in the Equine Veterinary Journal.

A new home for radiomics

Basran found his ‘nail’ after meeting and talking with Heidi Reesink, Ph.D. ’16, large animal surgeon and Harry M. Zweig Assistant Professor in Equine Health, who is tackling a crucial problem in racehorses: catastrophic breakdowns due to fractures in the sesamoid bones of the fetlock . These fractures occur mostly in thoroughbred racehorses and commonly result in euthanasia. “In any sport, there are going to be sporadic injuries and accidents, but these catastrophic fractures are tragic and too common,” says Reesink. “Significant research and regulatory efforts are being dedicated to both understand and minimize these tragic injuries.”

As part of her previous research, Reesink captured hundreds of microscopic CT scans (micro-CTs) of the sesamoid bones, paired bones in the fetlock joints of horse cadavers. These scans included those from horses that had suffered catastrophic fracture (the case samples), and scans from horses that had died of other causes (the control samples). Reesink used conventional software to decipher differences between the case and control bones, finding that case samples had denser, narrower sesamoid bones within the fetlock.

Basran applied his radiomics algorithms to her images to see what they might find. In radiomics, the software computes hundreds of features from the images and then runs statistical tests to see whether features in the case and control groups are significantly different. “I was getting some really crazy, interesting results,” he says.

Basran and Reesink decided to investigate further, applying radiomics to all micro-CTs Reesink had obtained in her previous research. Basran’s artificial intelligence system was able to identify the same differences that Reesink had previously identified — proving that radiomics could reproduce the same results found by human-driven analysis. However, what stood out most was “the sheer volume of differences that could be detected between cases and controls that were not perceptible to the naked eye,” says Reesink.

The power of artificial intelligence picked up physiological qualities that were invisible to human researchers.

“Humans can only see so many differences between cases and controls,” says Basran. “The radiomics platform showed us many more features that we hadn’t been seen before.”

Furthermore, these ‘invisible’ features were more significantly different between case and control samples than the ones researchers could see. “It may be that those new differences have more profound impacts on the horse’s overall bone health than other known features,” says Basran.

The next step for the project will attempt to translate the features from the experimental realm to the clinical realm. “Micro-CT scans have incredibly high resolution and can pick out microscopic features, but they cannot be performed in a clinical setting,” says Reesink. “We now want to apply similar radiomics approaches to clinical CT imaging.”

Clinical CTs capture images of living patients at lower resolutions. “We’re now trying to bridge this gap between the microscopic to the macroscopic level,” says Basran. To do this, the researchers are comparing clinical bone scans with microscopic bone scans to see if they can pick out the same visual features.

If they can find a reliable set of radiomic markers at the macroscopic level, Basran could then build a machine learning model that, along with complimentary modalities, could catch the warning signs of fracture risk in particular patients.

“The ultimate goal would be to identify rapid, inexpensive and, ideally, patient-side tests to identify at-risk horses,” says Reesink. “This would ultimately reduce fatalities and promote racehorse welfare.”

While the practical applications of this work are still in the future, the technique represents a brave new world for veterinary medicine. “This is really new to the veterinary community,” says Reesink. “No one has used it to detect equine fractures before, and this is just the first step. Cornell is positioned to be a leader in this new frontier of diagnostics.”