The truth about lubricin: Study upends understanding about joint injuries 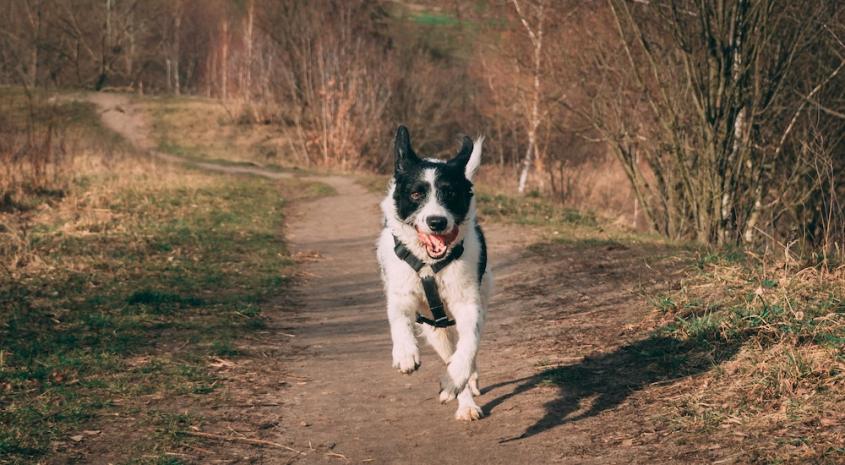 A new paper from the Cornell College of Veterinary Medicine is the first that investigates the role of a protein, known as lubricin, in ACL-type injuries in dogs. It may also have larger implications for similar injuries in humans as well as the potential for treatments and therapeutics. Photo: Raquel García/Unsplash

An ACL injury can lead to severe osteoarthritis in both animal and human patients. Now, a new interdisciplinary study on the protein that lubricates our joints may someday help keep arthritis out of these patients’ future.

The paper, published Oct. 7 in Scientific Reports, is the first that investigates the role of a protein, known as lubricin, in ACL-type injuries in dogs. It may also have larger implications for similar injuries in humans as well as the potential for treatments and therapeutics.

“Lubricin is crucial for normal joint function and the lubrication of cartilage,” said Heidi Reesink, Ph.D. ’16, the Harry M. Zweig Assistant Professor in Equine Health at the Cornell College of Veterinary Medicine (CVM) and senior author on the paper. “We know that if a person or animal doesn’t make that protein, they will develop devastating joint disease affecting all the major weight-bearing joints.”

Lubricin is universal to mammals, including humans, though there is conflicting data regarding its role in joint injuries. Reesink’s study found that, in dog patients that had suffered a ligament tear in the knee, lubricin increased within the joint.

This challenges conventional assumptions in medicine. “The dogma in this field has been that lubricin decreases in joint disease,” said Reesink.

“It’s worth looking at in canine patients, both for the benefit of the dogs and also for potentially drawing links between canine patients with this disease and similar injuries in humans like ACL tears.”

In three canine patients that had a joint injury, lubricin dramatically increased in the time between their initial injury but before any signs of arthritis in their X-rays. “This indicates that the presence of increased lubricin might actually be a biomarker for predicting future osteoarthritis,” said Reesink. “We also saw increased lubricin in dogs months to years after they injured their ACLs, suggesting that lubricin might be an indicator of ongoing joint instability,” she added, noting that increased lubricin could consequently be a trigger for clinicians to intervene or try a different treatment approach.

Reesink and her collaborators laid the groundwork for this new study by completing a systematic review of the literature surrounding lubricin in both human and veterinary medicine. The review, published this summer in the journal Osteoarthritis and Cartilage, looked at human and animal studies, finding two types of results on the topic. First, the rodent studies showed a lubricin decrease, which is what has led to the predominant theory in the field. “There is a citation bias for these studies, and we think it might be motivated by those looking at lubricin as a therapeutic,” said Reesink. Second, all the horse studies showed an increase in lubricin, while the human studies were equally divided. Consequently, there is no unified consensus on how lubricin is altered in other domestic veterinary species and in human joint injury, demonstrating the need for further study — which Reesink's new paper has done.

“In looking at horses and dogs, we’re seeing the same pattern,” she said. “The strongest piece of data would be to show it in humans as well.”

Notably, dogs and humans share many of the same age-related diseases, including arthritis, but it is easier to study these diseases in dogs, as their average lifespans are much shorter.

“It’s worth looking at in canine patients, both for the benefit of the dogs and also for potentially drawing links between canine patients with this disease and similar injuries in humans like ACL tears,” said Reesink.

She and her collaborators worked with the Cornell Veterinary Biobank to obtain samples. The biobank supports CVM researchers as well as scientists across the globe, using biological samples collected from both ill and healthy animals at the Cornell University Hospital for Animals (CUHA). The samples are processed, catalogued and provided to researchers, which accelerates biomedical research. Among the motivators for this study, said Reesink, is that a large number of cases in the small animal orthopedic section at CUHA is knee ligament injury, which is common in dogs.

“We can help both animals and humans by potentially coming up with better diagnostics, by more fully understanding how these molecules work and designing therapies beneficial to both, by taking advantage of these naturally occurring cases and improving orthopedic care,” Reesink said.

In the veterinary realm, Reesink’s team plans to do a follow-up longitudinal study in dogs, examining multiple time points in a patient’s injury, treatment and recovery process. They also hope to draw similar connections in human ACL and other orthopedic injuries. Currently, Reesink is examining parallel samples from both the Cornell Veterinary Biobank and the Hospital for Special Surgery, using funding from a pilot grant from the Weill Cornell Medicine Clinical and the Translational Science Center.

Reesink’s collaborators come from across CVM and Cornell. CVM authors on the paper include Dr. Bethany Cummings, assistant professor in the Department of Biomedical Sciences; professors and small animal surgeons Dr. Kei Hayashi, Dr. Ursula Krotscheck, Rory Todhunter, Ph.D. ’92; and Dr. Philippa Johnson, assistant professor in the section of diagnostic imaging. Joint first authors on the paper are David Gludish, a combined D.V.M. and Ph.D. student; and Yuyan Wang, a doctoral student in the College of Engineering.