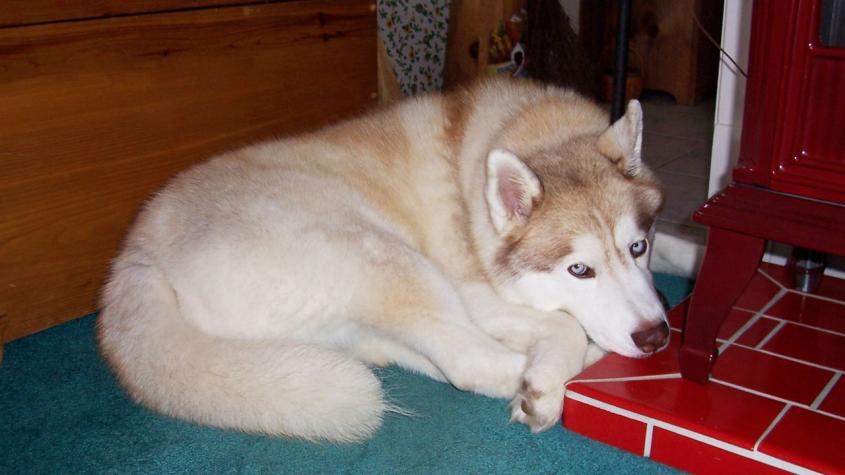 Bailey, a Siberian Husky who was diagnosed with soft tissue sarcoma, a cancer of the connective tissues. Photo provided.

When Dennis and Carol Noonan took Bailey, their 13-year-old Siberian Husky, for his annual exam in March 2021, their local veterinarian noticed a lump on the inside of his back knee. The likelihood was that it was a benign lipoma, a fatty lump just under the skin, but the veterinarian did a biopsy just to be sure.

The pathology results showed that the mass was in fact a soft tissue sarcoma, a cancer of the connective tissues. The Noonans, who live in Swoyersville, Pennsylvania, took Bailey to the Cornell University Hospital for Animals (CUHA) for further evaluation. They were familiar with CUHA because their previous Husky, Nico, had been treated there for hemangiosarcoma, a cancer of the blood vessels, over the course of five years.

Bailey’s first stop was the medical oncology department. Diagnostic tests did not reveal any evidence of cancer spread beyond his knee, making him a good candidate for surgery. The next step was to transfer him to the soft tissue surgery service for the procedure.

“These types of tumors don’t usually metastasize to other locations like the lungs but they’re very locally aggressive, so the concern with them is that they can really invade into the surrounding tissues, which makes surgical removal of them sometimes very difficult,” says Dr. Nicole Buote, associate professor of small animal surgery. Despite Bailey’s advanced age, his overall health was excellent, indicating that he could tolerate the procedure.

Buote says she tries not to look at age as a disease when it comes to designing a treatment plan for an animal. “I look at the patient more holistically and determine their quality of life in general. I really like to work with owners and with the patients to tailor a treatment specifically for them,” she says.

For more advanced sarcomas, it is often necessary to amputate an animal’s limb in order to remove the whole tumor and prevent it from returning. Since Bailey’s tumor was localized, he was able to have limb-sparing surgery, where just the tumor and a small portion of the surrounding healthy tissue was removed. He would then receive 17 radiation treatments over the course of a few weeks to kill any remaining microscopic cancer cells.

“We were a real team in taking care of him,” says Zumbo. “We all worked together to try to make sure that he was as comfortable as possible and that his owners felt like they were being cared for as much as possible. At the end of the day, we did a great thing for that dog. We cleaned up those extra cancer cells.”

Zumbo and Buote acknowledge that the financial pressures of paying for cancer treatment often compound the emotions involved.

“Affording cancer treatment is a concern for the majority of owners,” says Buote. “It’s important to discuss with them that not only is it a time and emotional commitment to have your pet go through cancer treatment but it’s also going to be a financial commitment. For some owners it’s a struggle to be able to afford these treatments.”

The Noonans have pet insurance, but even with that, the price tag was high. In addition to tests and treatments, there were the costs involved in having him stay overnight at the hospital during the time he was receiving radiation five days a week.

Fortunately, the Noonans were receive financial help from the Petco Foundation and Blue Buffalo Treatment Support Fund. The two companies partnered with Cornell in 2016 to help subsidize cancer therapies for owners who otherwise could not afford them. Since then, the foundation has contributed $575,000 to Cornell, enabling over 200 families to pursue treatment for their pets.

Bailey finished radiation in May 2021 and is doing very well, according to the Noonans.

“He gets his two walks a day, which usually consist of more than a mile each time,” Dennis says. “We’ve noticed that he’s been running more and seems a bit more agile as time goes by. Need I say anything about his appetite?”

The family couldn’t be more pleased with the care both of their pups have received at CUHA.

“Carol and I are always expressing the exemplary care at Cornell to whomever we meet that needs their pets taken care of, from equine problems to the smallest animal or bird. It’s just an incredible place.” 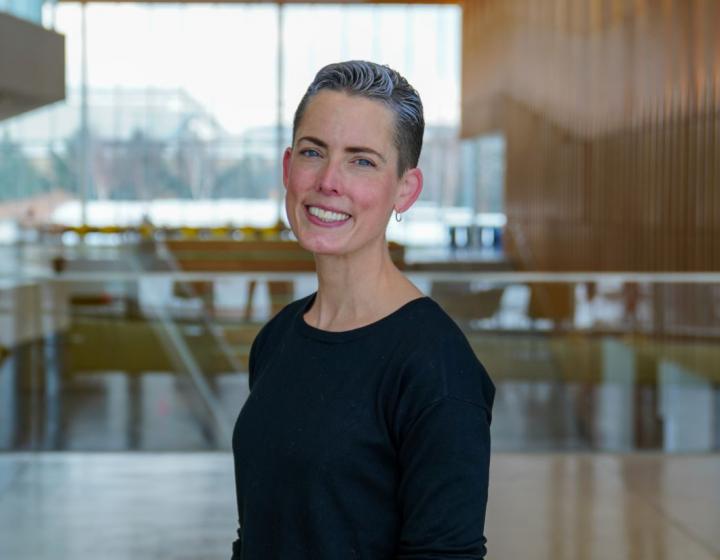 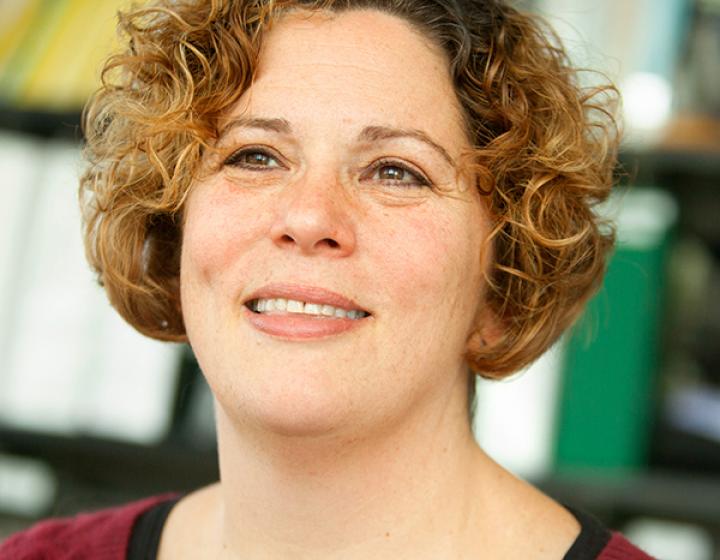