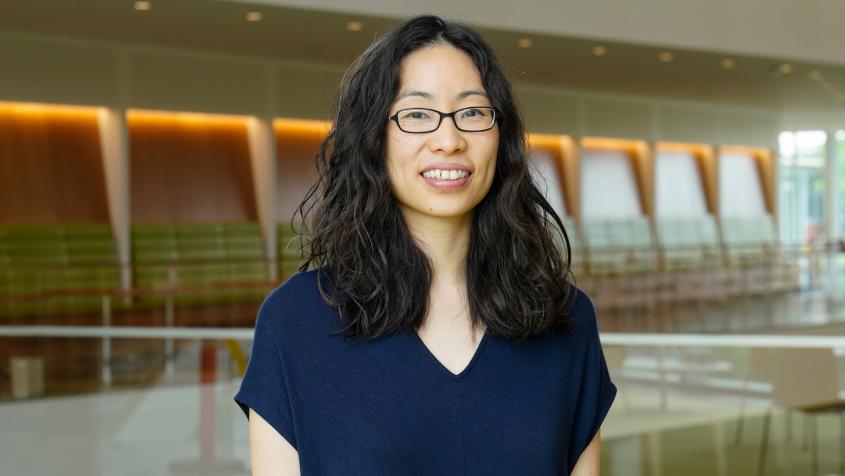 She is among the 118 researchers in the U.S. and Canada who received two-year, $75,000 fellowships to advance their work. Since the first Sloan Research Fellowships were awarded in 1955, a total of 155 Cornell faculty members have received an award.

Chang’s research focuses largely on the roles that gut microbes play in regulating host physiology, including host defense and immunity. Many inflammatory diseases have been linked to shifts in bacteria that reside in hosts.

Chang’s lab in the Department of Microbiology and Immunology in the College of Veterinary Medicine develops chemical probes that track critical enzymes responsible for biosynthesizing important bacterial metabolites that regulate many key functions in the host. Her lab also characterizes small-molecule metabolites produced by gut bacteria that regulate inflammation that occurs during inflammatory diseases and host defenses against intestinal infections. Chang also develops chemical tools to understand dynamic roles of immune cells during host inflammatory responses.

Three other assistant professors at Cornell also earned a 2022 Sloan Research Fellowship. These include Dr. Antonio Fernandez-Ruiz in the Department of Neurobiology and Behavior in the College of Arts and Sciences; Dr. Daniel Halpern-Leistner in the Department of Mathematics; and Dr. Peter McMahon in the School of Applied and Engineering Physics in the College of Engineering.

Founded in 1934, the Alfred P. Sloan Foundation is a nonprofit institution dedicated to improving the welfare of all through the advancement of scientific knowledge.